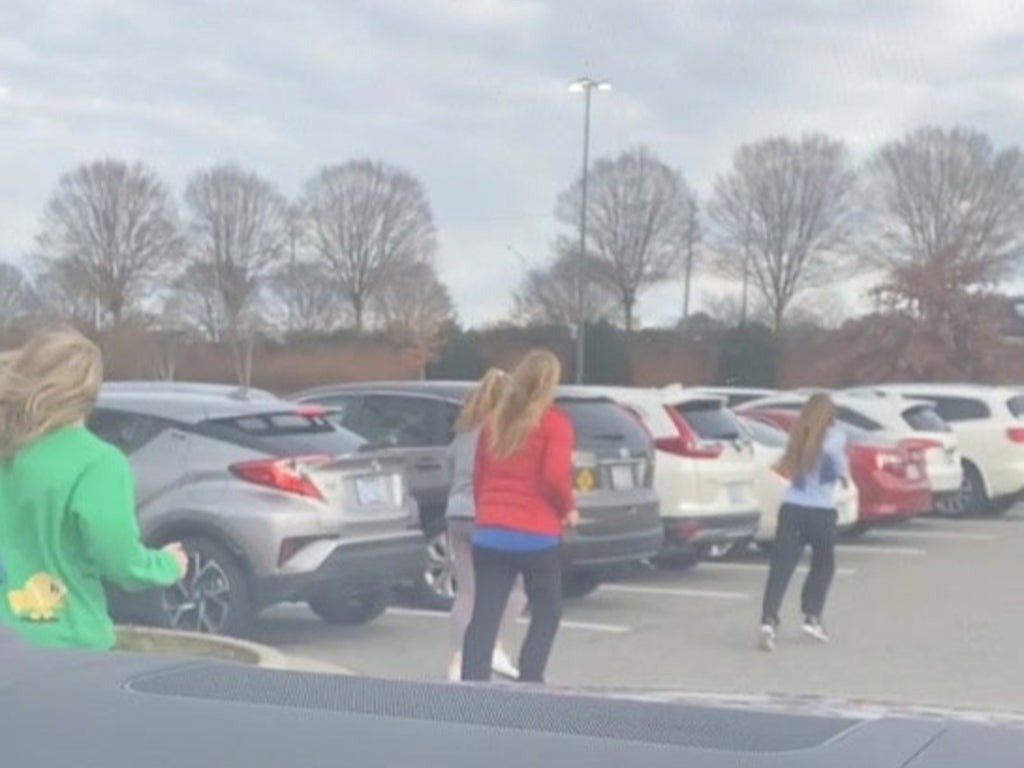 Three people were shot and three others were injured at a packed North Carolina shopping mall the day after Thanksgiving.

A 10-year-old was struck by a “bullet ricochet injury” inside the The Streets at Southpoint shopping centre in Durham on 26 November, according to police. The child’s injuries do not appear to be life-threatening, according to Durham Police Chief Patrice Andrews.

Chief Andrews said the shooting at roughly 3.20pm EST stemmed from a fight between two groups who knew each other. One weapon was recovered, she told reporters on Friday.

“This is not a situation where someone came into the mall and indiscriminately just began firing,” she said.

Shoppers described a chaotic scene as shots rang out on one of the busiest shopping days of the year, with one person telling the Associated Press that shoppers “just kind of turned around and started running and screaming” when shots were fired.

She and others were directed to the dressing rooms to take cover in one store, while one customer listened to a police scanner on his cellphone, she said.

WRAL-TV reporter Aaron Thomas, who was shopping at the mall that afternoon, said he saw a “swarm of people running.”

“At that point, it’s like you don’t know what to do, do you run out or do you stay in the store and try to hunker down,” he said. “We did lock down and they locked the doors.”

Shopper Hadley Connell told CNN that “gun sounds were followed by what sounded like a wave of rain on a tin roof as everyone started screaming, running, and pushing each other.”

Durham police eventually escorted shoppers out of the mall, while traffic snarled around the area as hundreds of shoppers left parking areas and navigated around nearby road closures.

Most of the people believed to be involved with the shooting fled the scene, though police have detained one person, as of 7pm EST on Friday.

“Shootings in this city have got to stop. It’s got to stop,” Chief Andrews told reporters on Friday.

Chief Andrews said police are working with federal agencies to identify shooters “that are bent on coming to our community and wreaking havoc.”

“We will be sending them to federal prison,” she said. “We will making several arrests, I’m certain, during the course of this investigation.”

A 555.55-carat black diamond believed to come from space is going on sale