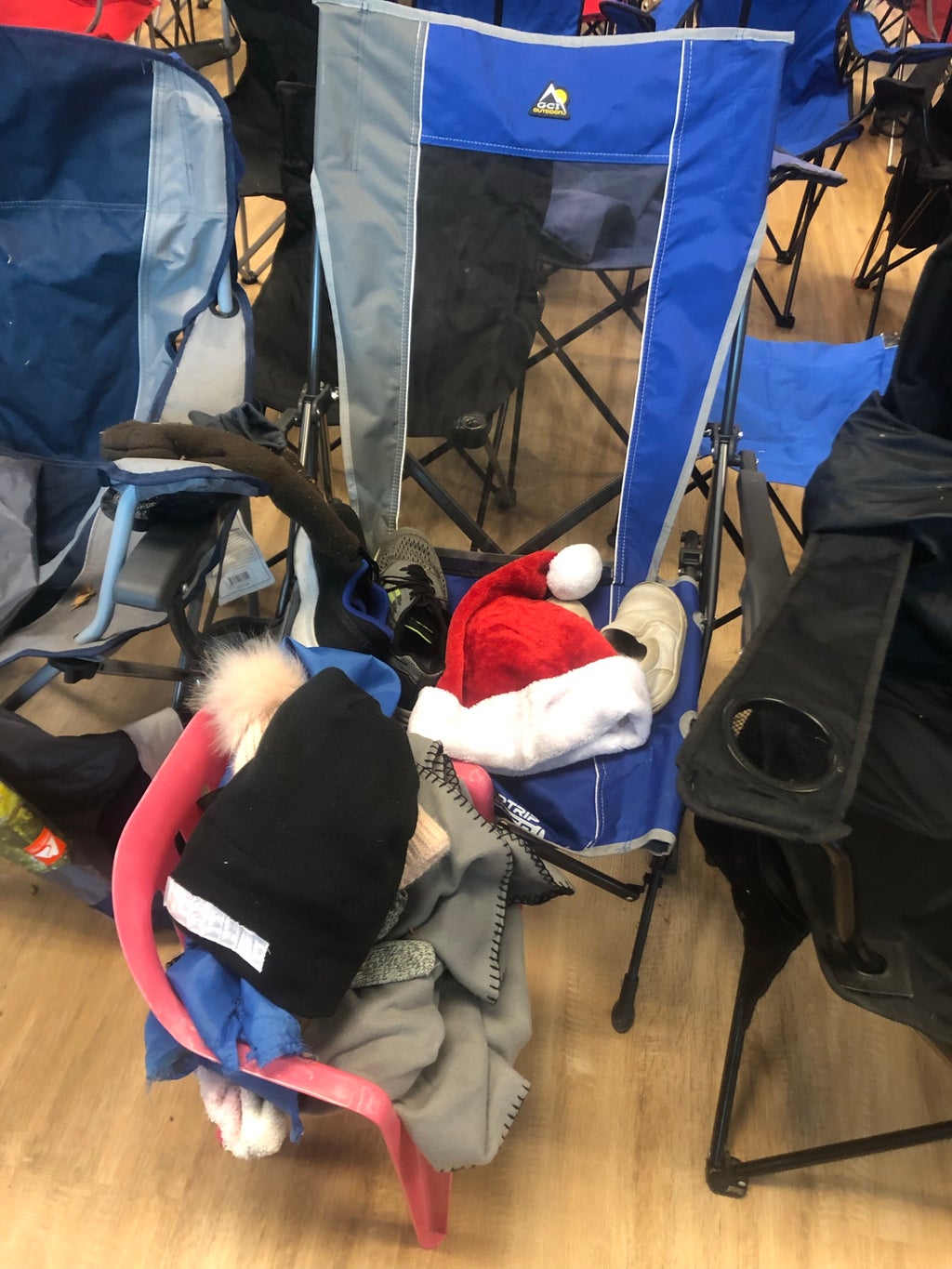 The day before Thanksgiving is traditionally one of the biggest days of revelry in America. But on Wednesday, Waukesha locals were driving to the local parks and recreation building to retrieve items left behind in the chaos over the weekend when an SUV driver mowed down dozens of parade-goers, killing six and injuring dozens more.

Instead of preparing festive meals, they were coming to pick up blankets. Thermos flasks. Children’s folding chairs decorated with teddy bears. Red Cross volunteers were manning the entrance.

Destiny Ramos, who owns local establishment The Destination, told The Independent she decided to raise funds – on what’s normally one of the busiest nights of the year – for victims of the tragedy. Her cousin, her cousin’s nine-year-old daughter and her cousin’s mother-in-law were injured in the melee on Sunday for which the driver, Darrell Brooks, faces multiple homicide counts. Ms Ramos’ family members are all stable but her sombre mood reflected the usually festive vibe in Waukesha, which is just under two hours north of Chicago and 25 minutes west of Milwaukee.

Local officials gathered items left behind on Sunday and invited Waukesha, Wisconsin locals to retrieve them at the local parks & recreation building

“We’re going to be doing some little things tonight [to] just kind of get the awareness out,” she says. “I’m going to have a donation bucket, and then we have all these canned beers … I’m just going to sell them for a dollar” and donate the proceeds to victims’ families in addition to a separate raffle.

“The upcoming holiday would normally be very boisterous,” Ms Ramos says. “Normally, for our industry, we’d be amping up.”

Instead, one of her employees was organising a drive to bring necessities to families with relatives still hospitalised – “anything: shampoo, lotion, socks, a change of clothes … anything that you don’t think about,” Ms Ramos says.

“You’re basically going to have to live there with your child, and you don’t want to miss anything – because anything can happen.”

Darrell Brooks, who has a long rapsheet, was arrested on Sunday after asking for help at a nearby house. The following day, thousands turned out for a vigil on the lawn outside of the library, just a stone’s throw from where he allegedly mowed down parade-goers.

Items left behind on Sunday – when an SUV driver mowed down dozens during a Christmas parade in Waukesha, Wisconsin – included strollers, children’s folding chairs, thermoses and blankets

Photographer Barbara Iweins cataloged all 12,795 items in her house. This is what she found

Afghanistan earthquake: Locals mourn the dead and search for shelter

What Is a Jubilee? Recalling Queen Elizabeth’s Earlier Celebrations