Vaccine-skeptic cardinal on ventilator with Co in hospital 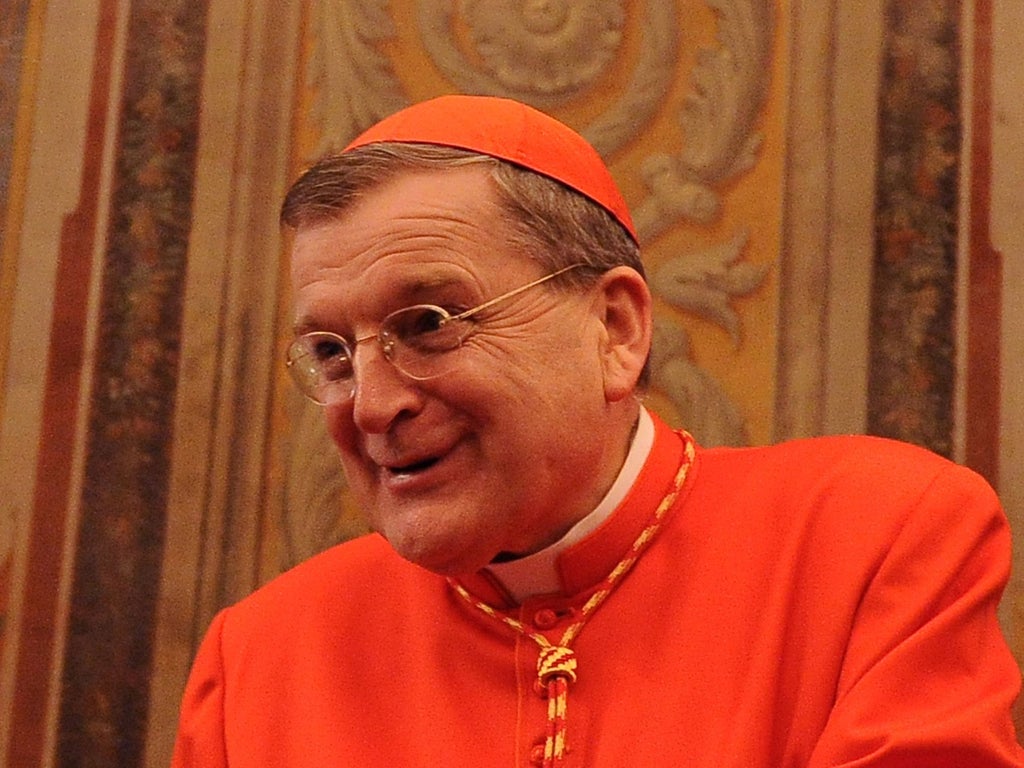 A Catholic cardinal who expressed Co-19 vaccine-skeptic views is currently on a ventilator with the virus in Wisconsin, according to his social media.

Cardinal Raymond Burke announced that he had tested positive for Co last week while on a visit to his home state from Rome. He asked his followers to pray for him as he battled the virus.

He tweeted, “Praised be Jesus Christ! I wish to inform you that I have recently tested positive for the COVID-19 virus. Thanks be to God, I am resting comfortably and receiving excellent medical care. Please pray for me as I begin my recovery. Let us trust in Divine Proence. God bless you.”

However, the 73 year-old’s condition has since worsened, leading him to be placed on a ventilator in a hospital. The update was proed by a spokesperson on his Twitter account.

“Cardinal Burke has been admitted to the hospital with COVID-19 and is being assisted by a ventilator. Doctors are encouraged by his progress. H.E. faithfully prayed the Rosary for those suffering from the virus. On this Vigil of the Assumption, let us now pray the Rosary for him,” the tweet read.

Cardinal Burke has been seen frequently not wearing a mask. It is not known whether he is vaccinated against Co-19 but has made public statements outlining anti-vaccine sentiment.

In May 2020, he said, “vaccination itself cannot be imposed, in a totalitarian manner, on citizens.”

During the same virtual address, Cardinal Burke went on to echo conspiracy theories, such as the drive to inject microchips that permit people to “be controlled by the State regarding health and about other matters which we can only imagine.”

In December 2020, he referred to the coronavirus as “the mysterious Wuhan virus”, a derogatory term famously used by former President Donald Trump. He also said that people were using the pandemic to “advance their evil agenda”.

In a statement, the Vatican said all available Co vaccines were “morally acceptable”. Both Pope emeritus Benedict XVI and Pope Francis have gotten two doses of the Pfizer vaccine.

From 1995 to 2004, Cardinal Burke was the bishop of the diocese of La Crosse in Wisconsin. Between 2004 and 2008, he served as the Archbishop of St Louis. Following this, he became the Vatican’s Supreme Tribunal of the Apostolic Signatura. Pope Francis relieved him from this post in 2014.

Cardinal Burke has been a vocal critic of Pope Francis, opposing his views on divorced people taking Communion, abortion and LGBT+ issues.

This article was amended on 26 August 2021 to remove an incorrect assertion that Cardinal Burke said Co vaccination involved the insertion of microchips. His reference to people being controlled by the state via injected microchips did not relate to the Co vaccine.