‘There will be things you can’t get’: White House gives dire Holiday warning over supply chain bottleneck 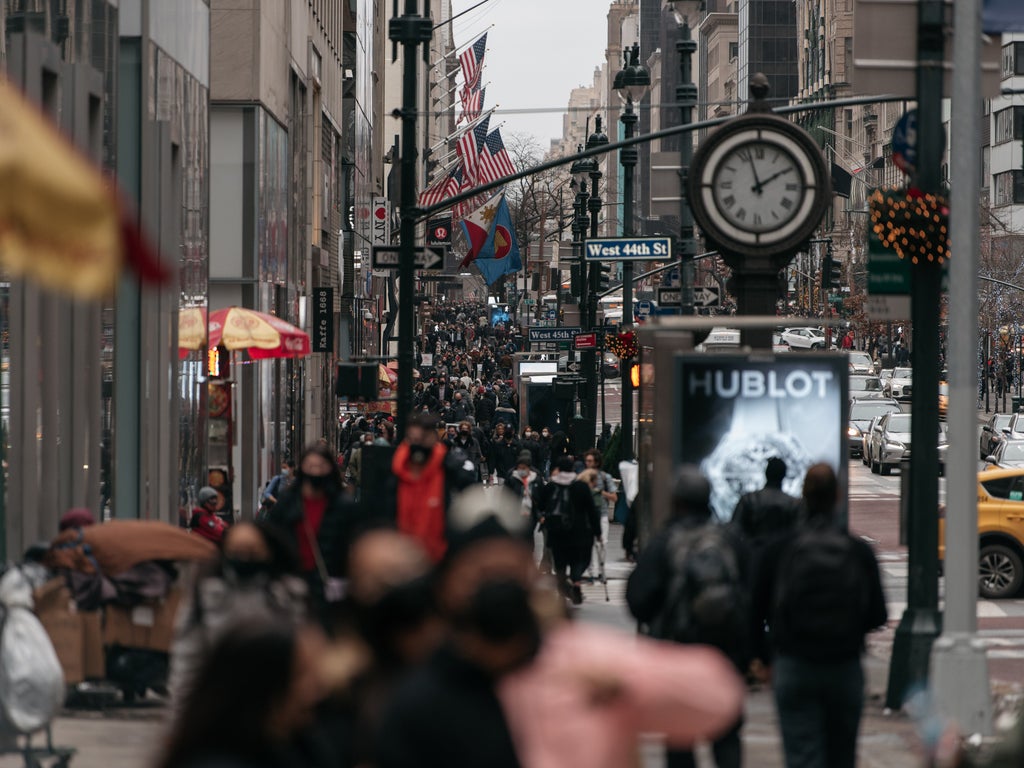 White House officials have warned that supply chain issues may lead to Americans having to go without some Christmas treats this holiday season.

The Biden administration is scrambling to try to resolve global supply bottleneck issues affecting US ports, highways, and railways and have now said that Americans may see higher prices and some empty store shelves.

The supply issues facing the US are caused in part by the global pandemic and could decrease spending as the country tries to recover from Co-19, and could possibly lead to political trouble for President Joe Biden.

The economy is still the most important issue for both Democrats and Republicans, a recent Reuters/Ipsos poll has shown.

The administration is attempting to deal with supply issues concerning a range of products, from meat to semiconductors.

The White House put a “bottleneck” czar in place in August along with a task force starting in June meeting weekly to urge private companies to minimise supply issues.

But the problems have led to less than stellar earnings outlooks for retail and transport companies and the federal reserve have estimated that the rate of inflation for 2021 could be as high as 4.2 per cent, with the target rate being 2 per cent.

When asked about Christmas shopping, a White House official told Reuters that “there will be things that people can’t get”.

“At the same time, a lot of these goods are hopefully substitutable by other things … I don’t think there’s any real reason to be panicked, but we all feel the frustration and there’s a certain need for patience to help get through a relatively short period of time,” the official added.

Inflation is affecting pay, with Americans making 0.9 per cent less in August compared to a year ago, according to figures from the Labor Department. The White House is arguing that the inflation shows that their $1.9 trillion of Co-19 relief funding is doing its job.

While inflation is set to reach its highest levels since the 1980s, the economy is expected to grow by 7.1 per cent amid resilient consumer demand that remained higher in the US compared to global competitors.

“We recognise that it has pinched families who are trying to get back to some semblance of normalcy as we move into the later stages of the pandemic,” another official told Reuters.

Obama administration alum John Porcari was tapped as the envoy to US ports in August but is referred to as the bottleneck czar. He told Reuters that the administration has worked to ensure that different parts of the transportation process where supplies are moved from one form of transportation to the next remain in regular communication. They’re trying to get transportation hubs to work on a 24-hour schedule to move more supplies using off-peak hours.

John Baker is the logistics boss at MGA Entertainment Inc – the company behind several popular toys such as LOL Surprise Dolls and Little Tikes cars. His job is to get the toys in time for Christmas.

“I feel like my team is down by five points with 10 seconds left on the clock,” he added. “We’re just running out of time.”

Mr Baker has to get the toys from the manufacturers’ in China and onto shelves in the US with enough time to spare for parents and others to head to the store and put the presents under the Christmas tree.

In the toy industry, the Christmas season starts about 18 months ahead of time, with retailers visiting toy makers’ showrooms in September to pick out toys for the holidays the following year.

When an outbreak of Co-19 hit the Yantian port in Shenzhen, China in May, container traffic came close to a standstill that lasted for days. Mr Baker and his colleagues moved containers to other ports, including Hong Kong and, in July, he managed to get some toys onto trains bound for Europe from China, with the expected arrival date being in early September. But hundreds of thousands of toys are still stuck in warehouses in China.

MGA also secured space on eight ships heading to the US to arrive in late September, but they then faced the next problem – port congestion in Southern California.

A former Deputy Secretary of Transportation, Mr Porcari told Reuters that “we need to make better use of that off-peak capacity and that really is the current focus,” adding that ports in Long Beach and Los Angeles, California have agreed to expand their working hours and that other hubs will soon follow.

In the middle of last month, around 70 ships were floating offshore waiting for their turn to enter the ports.

“We’re at about 180 per cent capacity,” Mr Baker said about his storage facilities in California as toys started to arrive and he had to go on the hunt for extra space.

The Biden administration is also trying to use inactive railyards to increase capacity.

“It’s important to remember that the goods movement system is a private sector-driven system,” Mr Procari told Reuters. “There [are] problems in every single part of that system. And, and they tend to compound each other.”

“While the pandemic was an enormously disruptive force, I think it also laid bare what was an underlying reality, which was the system was strained before the pandemic,” he added.

Last week, a poll from Quinnipiac showed that 29 per cent of Americans think that the economy is in “good” or “excellent” shape – down from 35 per cent in April.

“President Biden could use a holiday season win,” polling analyst Tim Malloy told Reuters. “A slowdown of holiday season deliveries and the financial strain that comes with it would be coal in the stocking for the administration at the close of the first year in office.”

The REAL reason the US supply chain is backed up