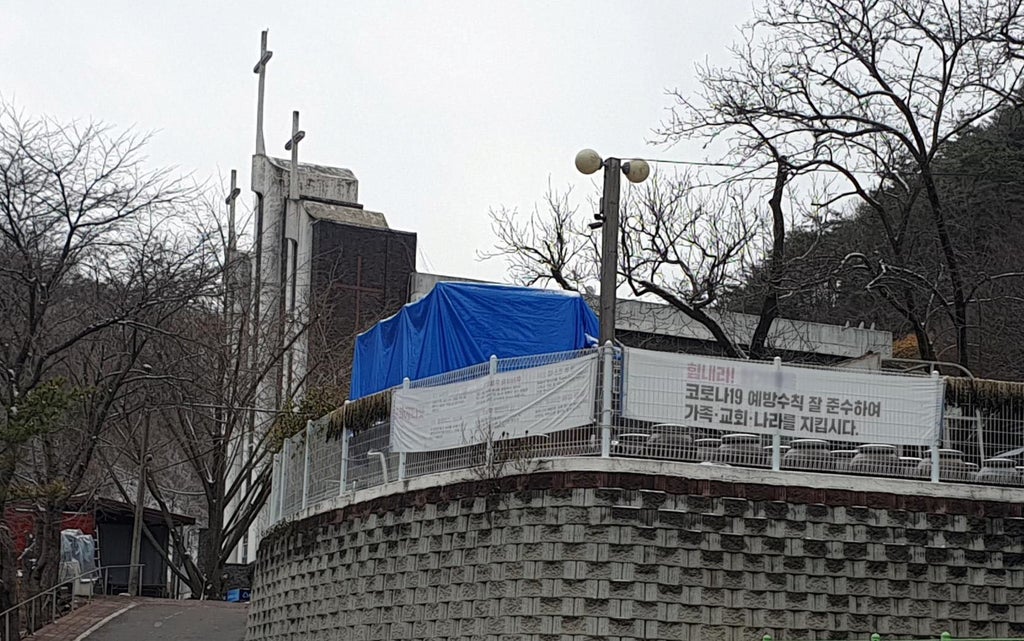 As South Korea battles a record spike in Co-19 cases, a little-known cult led by a pastor who pokes people in the eyes to “heal” them has emerged at the centre of the outbreak.

In Cheonan city, located to the south of capital Seoul, at least 241 of the total 427 residents have tested positive for Co-19, reported Reuters.

The Korea Disease Control and Prevention Agency (KDCA) said in a statement that officials believed that the “scale of the outbreak is large.”

Officials said that 90 per cent of the religious community was unvaccinated and many of its members were above the age of 60. Only 17 of the 241 who tested positive were vaccinated.

South Korea has fully vaccinated 79.1% of its 52 million population. 4.1% have been given a booster dose.

Why such a large number of members of the community remained unvaccinated is not known as according say vaccination for the elderly and those with co-morbid conditions was not banned.

“I believe it’s the church’s anti-government beliefs that refrained the believers to get the vaccine,” an official said.

The church opened in the town in the 1990s and since then has developed into a larger community with communal living facilities, which also contributed to the spread of the virus.

Jung youn-seok, head of a cult information resources think tank, told Reuters that the church is headed by a pastor, whose mother was ousted from the Christian community of the town. Like the pastor, his mother too practiced the ritual of “imposition of hands on eyes” which involves poking the eyes to rid believers of “secular desires.”

The religion is however not registered, said Mr Jung.

The outbreak is a small part of the record cases that South Korea is witnessing but remains an example of clusters of high concentration of cases.

On Wednesday, South Korea reported a daily record of 4,116 new coronavirus cases as hospitals bed continue to fill up with severe cases.

At least 69 per cent of the ICU beds were filled up nationwide and 83 per cent in capital Seoul and neighbouring areas alone, said the KDCA on Wednesday.

Earlier this month South Korea switched to its policy of “living with Co-19” which includes measures to reduce curbs and ultimately opening the country.

Officials said that the country would have to activate its emergency plan if hospitalisation crosses the 75 per cent mark.

Looking at the metropolitan Seoul area alone, the situation is critical enough to impose an emergency plan at any time, prime minister Kim Boo-kyum told a coronavirus response meeting on Wednesday, reported The Guardian.

Along with China, South Korea was one of the first countries to report Co-19 cases in 2019. The country has reported a total of 425,065 infections, with 3,363 deaths, according to figures released on Wednesday.

Arm-wrestling: The woman at the centre of sport's UK rise