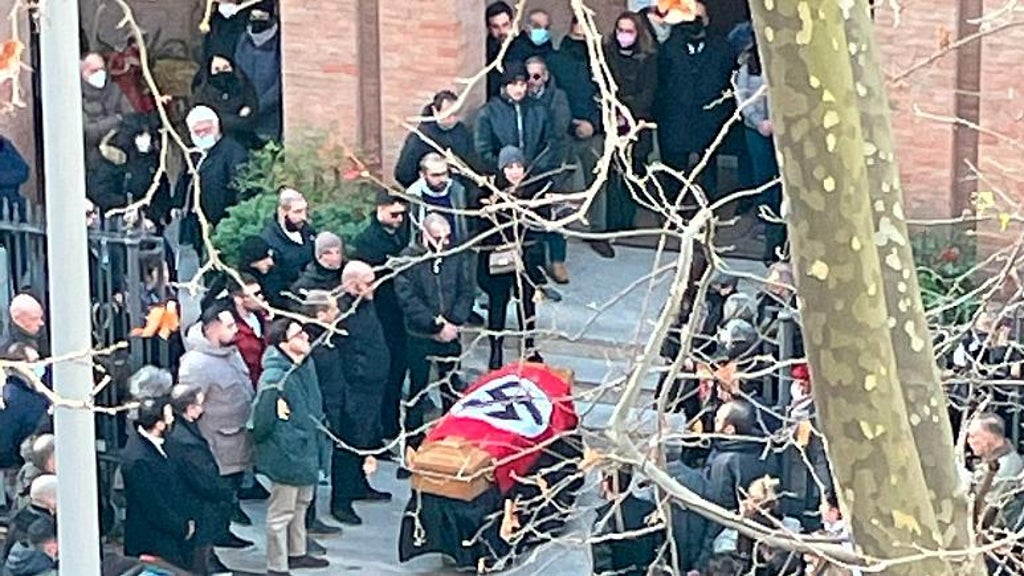 The Catholic Church in Rome has strongly condemned an “offensive and unacceptable” funeral procession outside a local church in which the casket was draped in a Nazi flag and mourners gave the fascist salute.

The shocking photos and of the scene outside St. Lucia church following the funeral service on Monday were published by the Italian online news portal Open.

They showed around two dozen people gathered outside the church as the swastika-draped casket emerged, shouting “Presente!” with their right arm extended in the fascist salute.

Italian news reports identified the deceased as a 44-year-old former militant of the extreme right-wing group Forza Nuova, who died over the weekend of a blood clot.

In a statement released on Tuesday, the Vicariate of Rome strongly condemned the scene and stressed that neither the parish clergy, nor the priest who oversaw the funeral, knew what was going to transpire outside after the funeral service ended.

“This ideological and violent exploitation, especially following an act of worship near a sacred place, remains serious, offensive and unacceptable for the church community of Rome and for all people of good will in our city,” it said.

The statement quoted the parish priest, Reverand Alessandro Zenobbi, as distancing himself and the church from “every word, gesture and symbol used outside the church, which are attributed to extremist ideologies far from the message of the Gospel of Christ.”

Pope Francis is technically the bishop of Rome but delegates the day-to-day management of the diocese to his vicar, Cardinal Angelo De Donatis.

Rome’s Jewish community also expressed outrage that such events could still happen more than seven decades after the end of the Second World War and the fall of Italy’s fascist dictatorship.

“It is unacceptable that a flag with a swastika can still be shown in public in this day and age, especially in a city that saw the deportation of its Jews by the Nazis and their fascist collaborators,” the statement said.