‘You crack me up’: Marjorie Taylor Greene laughs off question about children dying of Co 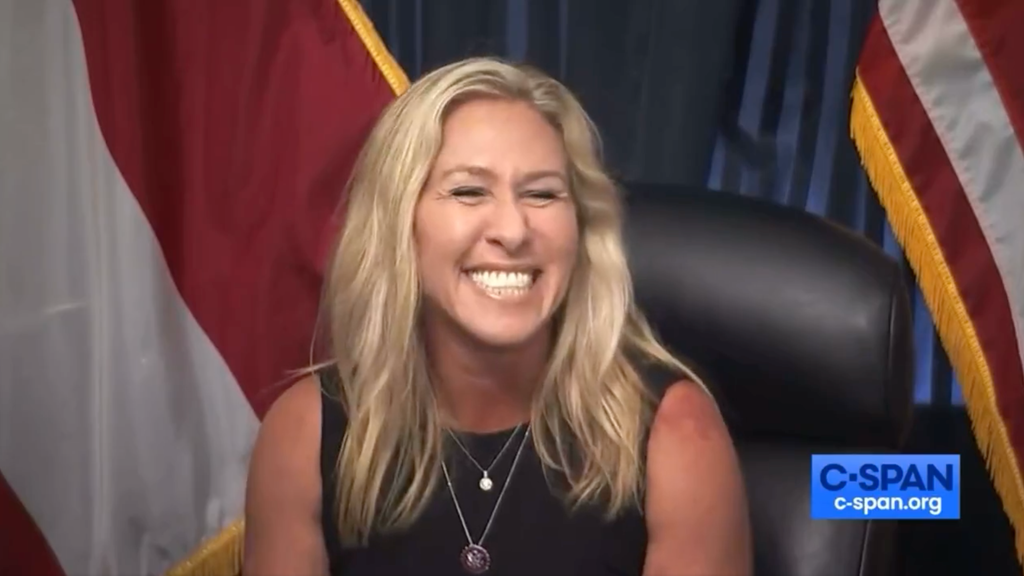 Congresswoman Marjorie Taylor Greene laughed off a question about people dying of Co-19, telling the reporter, “You crack me up.”

The question came a day after Twitter briefly suspended the Georgia Republican over misinformation she’d posted about the coronavirus, including that it “is not dangerous for non-obese people and those under 65.”

On Tuesday, a journalist challenged Ms Greene about that tweet.

“Do you feel any responsibility for keeping people in Georgia safe?” Atlanta Journal-Constitution reporter Tia Mitchell asked. “You know, there are children, skinny people who have died of the coronavirus.”

The congresswoman responded with a demonstrative laugh.

“Tia, you crack me up,” she said. “You know what? I think people’s responsibility is their own.”

According to the Centers for Disease Control and Prevention, almost 250,000 of the approximately 609,000 Americans who have died of Co-19 were under 65 years old. And while obesity does increase the risk of serious illness from the virus, being thin does not proe immunity from it.

What does proe immunity is vaccination, something Ms Greene discourages.

“The controversial #COVID19 vaccines should not be forced on our military for a virus that is not dangerous for non-obese people and those under 65,” the congresswoman had tweeted – falsely – on Monday.

On Tuesday, the US representative showed no remorse over the misinformation, accusing Twitter of a “Communist-style attack on free speech.”

She expanded on that argument at a press conference, during which Mitchell asked her question. On Twitter, many took offence at Ms Greene’s giggly answer.

“600,000 Americans dead from #COVID19,” the group Lawyers for Good Government tweeted. “But it’s all just a joke to Marjorie Taylor Greene. Well, millions of Americans who lost loved ones aren’t laughing.”

“So … we can agree these folks aren’t pro-life, right?” another asked, referring to Ms Green’s stance against abortion.

“It’s a sad day in America when we can’t find people to represent us as a nation better than @mtgreenee,” someone else commented.

Co: Which children are being vaccinated and why?