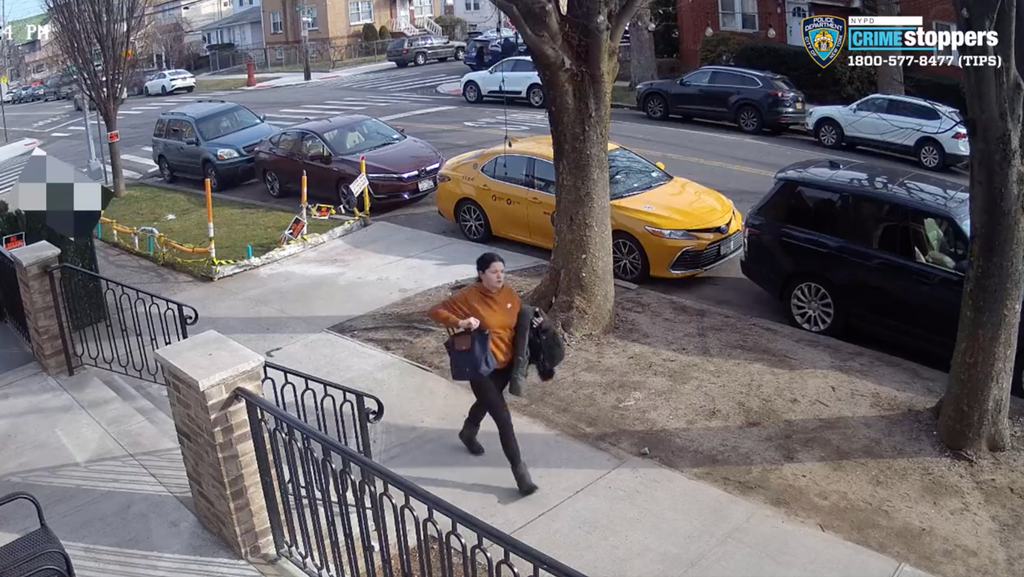 A woman was arrested in New York after allegedly threatening and spitting on a group of Jewish children in a vicious antisemitic attack.

The New York Police Department announced that Christina Darling, 21, of Brookly, had been arrested. Among the charges she faces are a hate crime act in manner injurious to a child under 17, the NYPD said.

The NYPD had released surveillance footage of the alleged incident, which it says happened on Friday outside a synagogue in Brooklyn. The (which does not include sound) shows the woman storming up to the three children, animatedly speaking to them, and then appearing to spit.

“Hitler should have killed you all,” police say she told them, according to the New York Daily News. “I’ll kill you and know where you live.”

The woman then turns around and walks back, giving the camera a full view of her appearance. Police say she is a woman in her 20s, about 5 feet 3 inches tall, with long black hair. In the , she is wearing an orange sweater, black leggings, and dark Ugg-type boots.

Police say she spat on an eight-year-old Jewish boy, and is wanted for “aggravated harassment.” They have asked for the public’s help in finding her.

Antisemitism in the United States has risen sharply in recent years. In 2020, the Anti-Defamation League recorded 2,024 incidents of vandalism, harassment, and assault against Jews in the US. This marked a slight decrease from 2019 – which itself was a record-breaking year – but 2020 was still the third-worst year on record since 1979, the ADL says.

“The 2020 Audit of Antisemitic Incidents documents alarmingly high levels of antisemitism in the United States, which require a concerted whole-of-society response,” the League said in its annual report. “When one indiual is targeted by a hate crime, it hurts the whole community, and leaves people feeling vulnerable and afraid.”

The ADL urges anyone who has experienced or witnessed an antisemitic attack to report it using the organization’s incident form.

The NYPD, meanwhile, has asked anyone with knowledge of the Brooklyn spitting incident to message @NYPDTips on Twitter, or to call 800-577-TIPS.

Boris Johnson pens open letter to children of Ukraine, saying: ‘You are not alone’ |

Ukraine war: The heartbreaking moment Ukrainian children with cancer are forced to say goodbye to their fathers and flee |