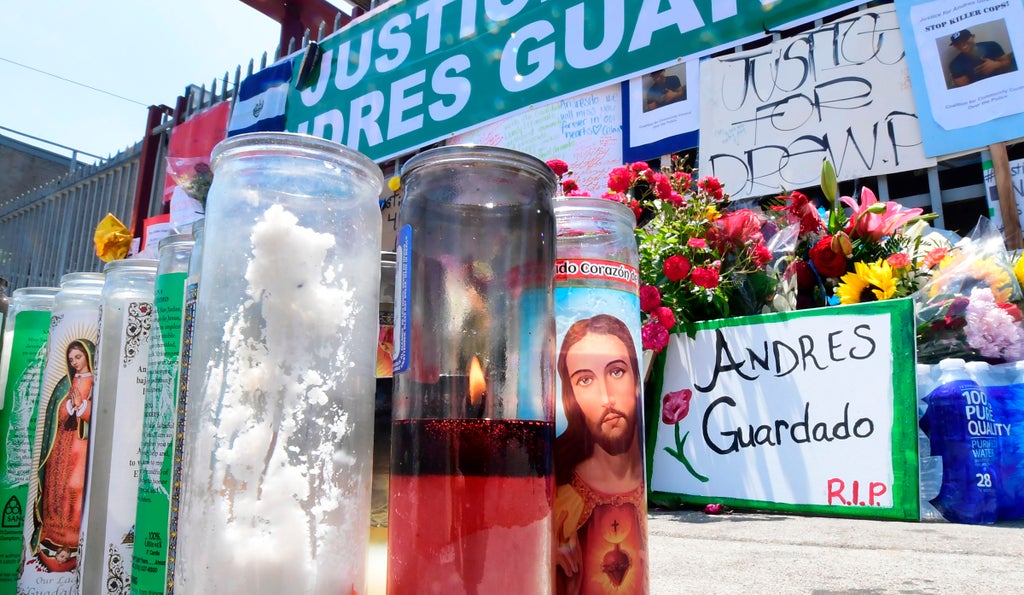 The allegations were nothing short of astonishing.

It was claimed the Los Angeles County Sheriff’s Department (LASD), the largest in the country, was riddled with gangs with names such as The Executioners that were made up not of typical gang members, but by police officers.

Furthermore, it was claimed the gangs had initiation rites that included violence and even murder, and that the influence of the cliques, directed by so-called “shot keepers”, impacted many aspects of the department’s work.

Of particular pertinence, the allegations were being made by a police officer who was trying to blow the whistle on the existence of the gangs amid a leadership culture among the department allegedly unwilling or slow to respond.

“There’s a deeply ingrained gang culture in this department,” Alan Romero, a lawyer for whistleblower Austreberto “Art” Gonzalez, tells The Independent. “They are facilitated [and] enabled by people at the highest levels.”

Within barely a day of the officer making the accusations to a supposedly secret whistleblower hotline, Gonzalez’s identify had been leaked to his colleagues at the Compton station. Somebody scrawled the word “rat” on his locker, and very quickly, says Romero, the officer’s life was made unbearable.

The accusations made by Gonzalez last summer were believed to be the first time a serving officer had stepped forward to give eence about what was happening around him. He is now one of around a dozen officers to have spoken out.

Their claims have highlighted a problem long believed to have existed within the 12,000-strong LASD. While other police departments in the US have suffered from corruption, and while police gangs existed for a short time in other places, including New Orleans and Oakland, the scourge in Los Angeles dates back perhaps as long as 50 years.

It has extended to as many as 20 different affiliations, centred on different precincts within Los Angeles County, each with its own indiual tattoos and culture, much of which mirrored the street or prison gangs, the officers had taken an oath to combat as part of their duties.

Earlier this year, Sean Kennedy, of Loyola Law School’s Center for Juvenile Law and Policy, authored a report detailing the existence of 18 police gangs, and found eence of their presence at least as far back as 1971.

It said one of the gangs, The Executioners, which operated in Compton, held celebrations at bars after officers shot somebody. After being admitted to the gang, it said, an officer received its tattoo, a skull with a Nazi-style helmet.

“Some of these subgroups have tattoos, hand signals and rituals that are similar to a criminal street gang,” said the report. “The concern is that these subgroups foster a culture that resists police reforms, such as community policing and constitutional policing, by encouraging and even celebrating aggressive tactics and excessive use of force against minority communities.”

Kennedy says he believes young male officers may be drawn to join a police gang for the same reason others join a street gang – camaraderie, a sense of place, and the benefits of protection.

Speaking from his office at Loyola, Kennedy says the first gang identified by him and his students, who contributed to the report, was the Little Red Devils, which operated from the department’s East Los Angeles station. He says that station is an ‘incubator” that has seen the creation of more gangs than any other. He says it is currently hone to a gang called The Banditos, made up mainly of Latino deputies, operating in a predominantly Black and Latino neighbourhood.

It is also the station where the current Sheriff Alex Villanueva spent much of his career.

Kennedy, a member of the LASD’s Civilian Oversight Commission, says while some groups that share tattoos could be considered clubs or work groups, those such as The Banditos are like gangs. They have “prospects” who have to earn their way in, they record and glorify shootings, and other police violence. They enforce a code of silence on their colleagues.

“The US has struggled for many years to have a healthy police culture, in which law enforcement earns the trust and respect of the communities they police,” he says. “The gangs are a major impediment to achieving that model of 21st Century policing. President Obama actually convened a task force in 2015 on this issue, because the police shoot so many young men of colour.”

Yet, he says, if a police officer’s status and self-worth comes from being a member of a gang that calls itself the Grim Reapers or some such, it will be impossible to force positive change.

“How are you ever going to achieve constitutional policing or community policing, when you are actually celebrated for shooting and killing a member of the community?”

Aja Brown, the Democratic mayor of Compton, is among a number of California politicians to have denounced the gangs. She has described an incident in 2019 when she was pulled over by officers in 2019 as she was driving with her husband and baby daughter. They were apparently unaware she was the mayor.

“I rolled my window down and asked why I was being pulled over,” Brown recalled a year later when speaking to reporters outside of Compton City Hall, when she and other community leaders called for a federal probe. “Within seconds almost seven to nine sheriff deputy vehicles descended upon the scene.”

She said the officers claimed she had jumped a red light, something she denied. “They terrorise the community and then they cover their tracks. It is unacceptable, we will not take this.”

Compton was also the scene last summer of a shooting of a member of the public, 18-year-old Andres Guardado, by a police officer, Miguel Vega. The incident, in which Guardado was shot five times in the head, triggered protests in the city.

It was reported by the Los Angeles Times and Spectrum News that in sworn testimony, whistleblower Gonzalez alleged the officer, Vega, was “chasing ink”.

Last autumn, the family of Guardado, including his parents, sued the LASD, alleging the department’s actions led to a “needless loss of life”. Police claimed the teenager had displayed a weapon at the car body shop, where Guardado’s family said he worked as a security guard. There is no body camera footage.

Vega’s lawyer, Adam Marangell, says in a statement the lawsuit was “filled with reckless and erroneous allegations and appears to be a calculated effort to inflame and distort public perception against the Sheriff’s Department generally and Deputy Vega specifically”.

“Deputy Vega categorically denies any wrongdoing and looks forward to the actual facts of this matter being made public,” he adds. “Vega did everything possible to avoid firing his weapon, including issuing clear and repeated commands to ‘not reach for the gun’.”

He adds: “The completely unsubstantiated allegation that Deputy Vega was a prospective member of some sort of Deputy gang is appalling and absolutely false.”

Earlier this year, the county held an independent inquest into the shooting, the first to be ordered in 30 years. Vega did not attend, and the second officer involved, but who did not shoot, Chris Hernandez, among with other officers who were tasked with investigating the shooting, involved their Fifth Amendment rights not to answer. Vega said if he was forced to attend, he would also invoke such rights.

The independent inquest, requested by Los Angeles County Chief Medical Examiner-Coroner Dr Jonathan Lucas, upheld a previous conclusion that Guardado had died as the result of a “homicide”, in strict legal terms the killing of one person by another.

Sheriff Alex Villanueva insists he is seeking to confront gangs

In the autumn of 2020, Los Angeles County Inspector General Max Huntsman accused Sheriff Alex Villanueva of promoting a “code of silence’” around secret societies within his department. The IG issued a report saying up to 30 members of The Banditos were disrupting operations at East LA Sheriff’s Station.

Darren Brown, the city attorney for Compton, tells The Independent he last year wrote a letter to various officials, including Donald Trump’s attorney general, Bill Barr, calling for an investigation into alleged gang activity at the station. He received an acknowledgement from two state officials but not the Department of Justice.

“We’re not under the occupation of the sheriff. And that’s sometimes what it feels like. Especially because there’s no accountability,” he says.

“You know, they’re a contracted agency, so we don’t have direct oversight over them.”

“Sheriff Alex Villanueva was the first sheriff in the history of LASD to implement a strict policy prohibiting cliques and sub-groups, and he has repeatedly demonstrated his commitment to transparency and accountability,” the department adds in a statement.

“We can also say, the Los Angeles County Sheriff’s Department expects all of its members to hold themselves to the highest ethical and professional standards at all times.  Those who allegedly engage in criminal misconduct will be investigated and prosecuted to the fullest extent of the law.”

One measure he introduced this spring, AB 958, would make it a firing offence for an officer to be a member of a police gang or clique.

“That’s absolutely crazy, but it exists. And the only way you can be initiated in these gangs, is that you have to use excessive force or lethal force, on someone,” he says.

“It is absolutely mind boggling we’re doing this in 2021, but we have to because it still exists in our communities.”

The battle for Mazar-i-Sharif: Meet the volunteers fighting back against the Taliban on Afghanistan’s front line

After a 32-year battle for justice, what is Hillsborough's legacy?