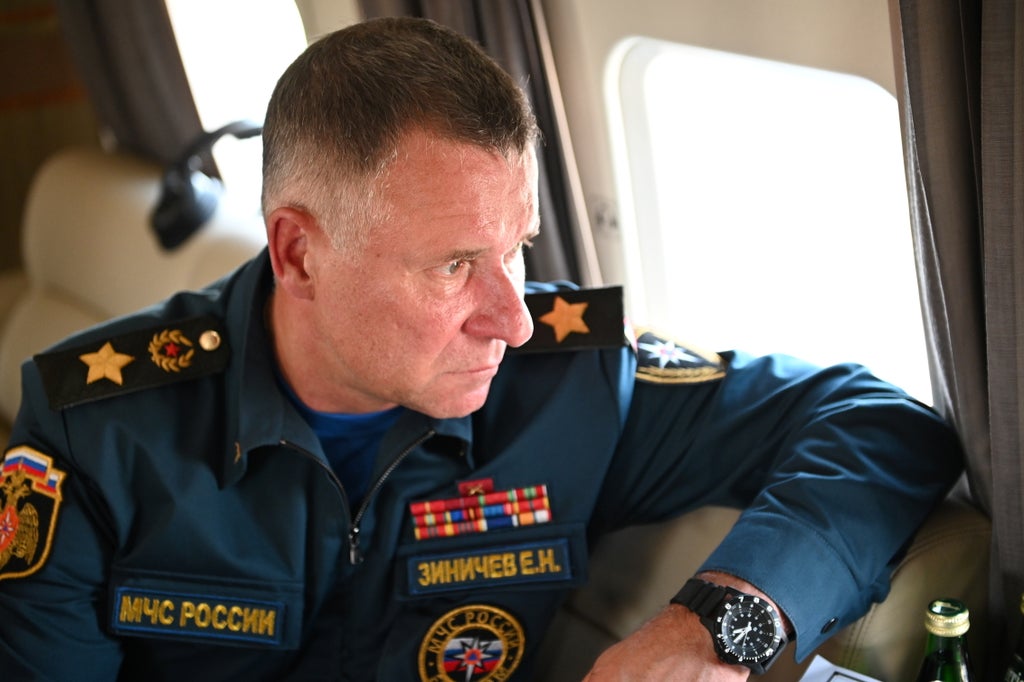 Russia’s emergencies minister Yevgeny Zinichev has died during a training exercise in the Arctic, the Russian government has reported.

“We regret to inform you that Zinichev tragically died while performing his official duties during inter-departmental drills to prevent crisis situations in the Arctic, saving someone’s life,” the ministry said in a message reported by RIA.

The editor-in-chief of Russia’s state-funded RT television station, Margarita Simonyan, reported that the minister had died while standing on a ledge with a cameraman who slipped and fell into some water.

“There were plenty of witnesses – no one even had time to think about what had happened as Zinichev threw himself into the water for the fallen person and crashed into a protruding rock,” Ms Simonyan tweeted.

She added that the cameraman had also died.

RBC Group also reported that a cameraman had died alongside the minister in the incident. Citing an unnamed source, the outlet added that Alexander Chupriyan, Mr Zinichev’s first deputy, is expected to step in as acting minister.

In a statement, the ministry said that the Mr Zinichev was in the Arctic to oversee large-scale drills, and hours before his death, inspected a new firefighting facility in the city of Norilsk.

The 55-year-old led the Emergency Situations Ministry since President Vladimir Putin’s re-election in 2018. Prior to his ministerial appointment, he worked as a bodyguard and personal aide to President Putin, and briefly served as acting governor of Russia’s Kaliningrad region. After beginning his career as a KGB officer in the late 1980s, Mr Zinichev served in the Federal Security Service, eventually holding the role of deputy director.

The Kremlin was informed of the incident, and Kremlin spokesperson Dmitry Peskov told Russian media that Mr Putin expressed his “deep condolences” over Mr Zinichev’s death.