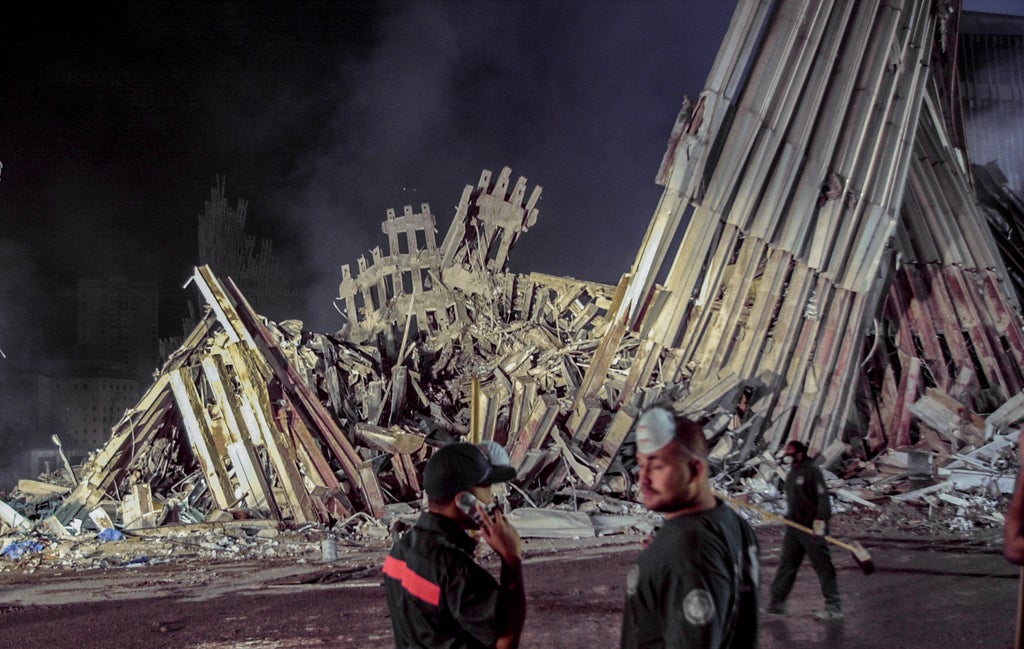 Rep. Alexandria Ocasio-Cortez and two other legislators reintroduced a bill in the House on Friday to put immigrants who cleared debris after the Sept. 11 attacks on a fast track to legal immigration status in the United States

The 9/11 Immigrant Worker Freedom Act is a revised version of a bill that former Rep. Joseph Crowley of New York introduced in 2017 that did not advance in the House. Ocasio-Cortez defeated Crowley in a 2018 Democratic primary, winning the seat representing parts of the Bronx and Queens.

Immigrants in New York, many of whom are Spanish-speaking clean up workers, have long asked to obtain legal immigration status in the U.S. as compensation for their work and the subsequent health problems they suffered after the attacks.

But 20 years after 9/11, only several dozens are still participating in protests and making the request, while others have abandoned that fight.

Rep. Adriano Espaillat and Rep. Grace Meng both from New York, are lead co-sponsors of the bill.

“By stepping up for our country at a critical moment, these indiuals sacrificed their mental, emotional, and physical health”, Ocasio-Cortez, Espaillat and Meng said in submitted testimony before the House Judiciary Committee.

Prospects for passage of the bill now, even with Democratic control of Congress, are highly uncertain, with the parties deeply died over most immigration legislation. Advocates suffered a major setback after the Senate parliamentarian told Democrats last month that their proposal for helping millions of immigrants stay in the U.S. permanently could not be included in President Joe Biden s social spending and environmental policy bill.

In their submitted testimony, Ocasio-Cortez, Espaillat and Meng said that an estimated 2,000 indiuals could be eligible for adjustment of status under their legislation. If enacted, clean up workers would be able to apply for legal status and receive work authorization during the pendency of the application, they said.

The bill is different to Crowley’s in that, among other things, it eliminates the requirement that indiuals must have paid their taxes to apply and it expands eligibility to people who are undergoing removal proceedings at the time the benefits become available.

“I feel some hope that maybe I will be able to obtain legal status,” he said. “I hope something good for us will come out of this because we deserve it”.

Anchahua cleared thick layers of dust in offices, apartments and even in a chapel in lower Manhattan for weeks after the attacks. Since then, he said he suffers mental health problems, severe heartburn, asthma and acid reflux.

For the bill to move forward, the Judiciary Committee would have to mark it up and advance it to the full House for consideration.