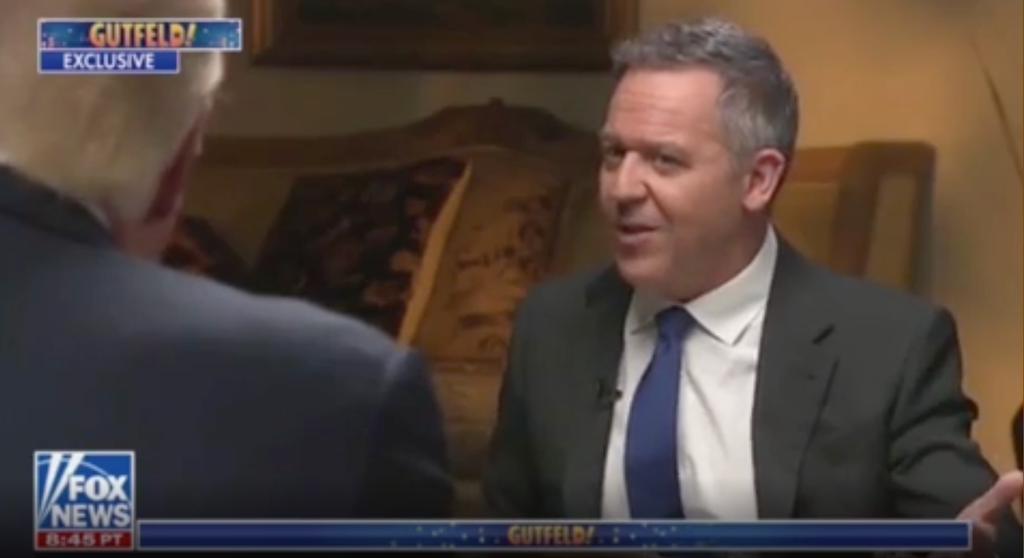 Fox News host Greg Gutfeld told former President Donald Trump that he “lost friends” over his support for him.

The admission was made in an interview Mr Gutfeld did with Mr Trump, which started with Mr Gutfeld describing the toll his pro-Trump stance had taken on his personal life.

Mr Trump upended the political landscape when he launched is unconventional run for the White House in 2015 after years of speculation that he would do so.

“There was an irrational response to you,” Mr Gutfeld said. “And I lost friends when I would defend you.”

“But then you gain friends,” Mr Trump replied, a statement the Fox host seemed to agree with.

“I didn’t listen to my family members who were voting for you,” Mr Gutfeld continued. “When I tuned and started listening, then I lost all of my other friends.”

It is rumoured that Mr Trump is planning to run in the 2024 presidential election. However, earlier this week, he appeared to upset the crowd at his rally after he promoted getting the Co-19 vaccine.

“But I recommend taking the vaccines. I did it, it’s good, take the vaccines,” he told a rally in Cullman, a town in Alabama, a message that was met with boos.

This article was amended on 10 September 2021. A previous version incorrectly stated there was a laughter track, but the laughter came from a studio audience. It also stated that Fox News had given a comment to Raw Story about the show, but Fox said this was not the case.