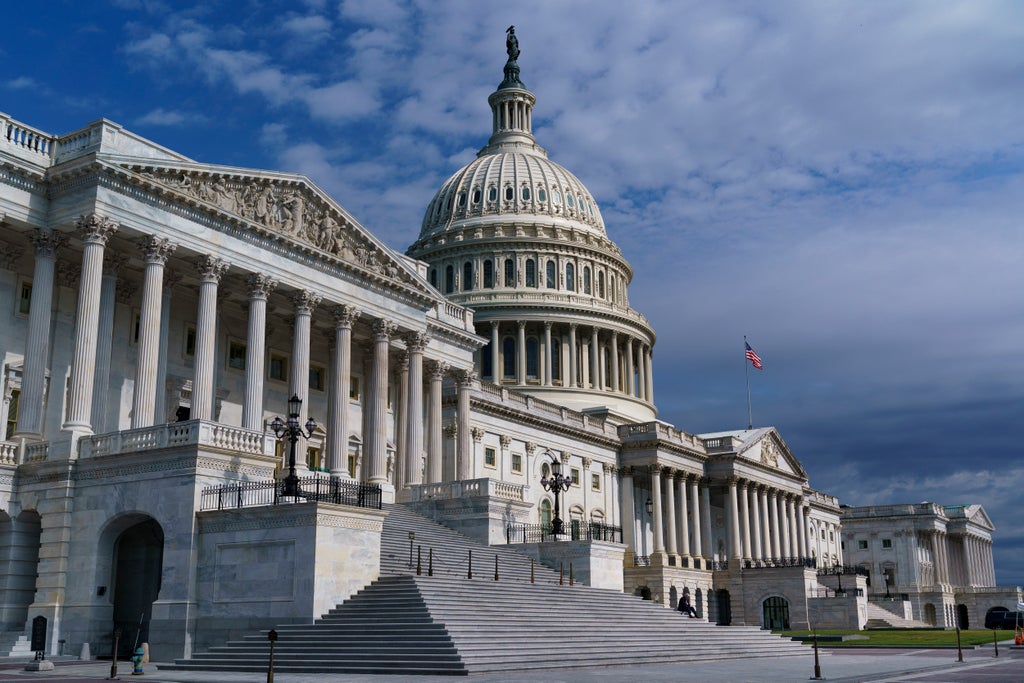 Senators fashioning a pair of colossal bills that would deliver more than $4 trillion for infrastructure, health care, environment and other initiatives insist they will fully pay for both plans.

In a Washington ritual as reliable as panic-buying when light snow is forecast, both parties have long relied on toothless budget gimmicks to help finance their priorities. The contrivances let lawmakers claim they are being fiscally responsible while inflicting little pain on voters and contributors with tax increases or spending cuts.

Here’s how they may do it again:

For political and procedural reasons, Congress’ Democratic leaders are slicing President Joe Biden’s domestic spending agenda into two bills. One is bipartisan effort proing about $1 trillion for roads, broadband and other public works projects. Bargainers hope to clinch a final deal and unveil this coming week.

The other bill would aim $3.5 trillion at expanding Medicare coverage, slowing climate change and proing free prekindergarten and community college. This expansive package, which would also fatten tax credits for children and health care and help immigrants become citizens, is a Democrats-only push expected to take months and draw unanimous Republican opposition.

With Washington already projected to spend $63 trillion over the coming decade, an additional $4 trillion would be just a 6% boost. Even so, finding $4 trillion in tax increases or spending cuts to pay its costs would be prohibitively painful for politicians.

Some of the savings proposals are legitimate.

To pay for much of the $3.5 trillion package, Democrats led by Senate Finance Committee Chairman Ron Wyden, D-Ore., want to increase taxes on the wealthy, big corporations and companies earning income abroad.

Raising more would be tough. Lawmakers are boxed in between Biden’s pledge to not raise taxes on people earning less than $400,000 annually and GOP opposition to unraveling President Donald Trump s big 2017 tax cut. “It’s the perfect storm for not doing anything real on the revenue side,” said William Hoagland, a former top Republican Senate aide.

Also real are proposals to beef up the IRS budget so it can collect more unpaid taxes and, perhaps, to claim the bills themselves would generate more government revenue by stimulating economic activity.

But either could go too far.

No one doubts that a more muscular IRS would pry more taxes out of scofflaws. Bolstering programs that help people stay healthy, get educated and move goods more efficiently undoubtedly help the economy hum.

The question, though, is exactly how much federal revenue those two ideas would yield. Government agencies and outside analysts have widely divergent views, especially for forecasting legislation’s impact on economic growth.

Lawmakers eager to claim they have fully financed their proposals could gravitate to the highest plausible numbers they can find, to critics’ chagrin.

“In basketball, you don’t get to choose your own ref,” said Marc Goldwein, senior policy director at the nonpartisan Committee for a Responsible Federal Budget.

The Congressional Budget Office, lawmakers’ nonpartisan accountant, estimated last year that Congress could collect $61 billion more in taxes over the next decade by giving the IRS an additional $20 billion.

Others are more generous, which could help Democrats eager to finance their $3.5 trillion proposal.

That concept is called dynamic scoring, and Republicans have long embraced it to paint their tax cuts as cost-free. That’s not happened.

“The tax cuts will pay for themselves,” Steven Mnuchin, Trump’s Treasury secretary, said repeatedly about the 2017 tax law. Instead, The CBO estimated that even including increased economic activity, that measure will drive up federal deficits by $1.9 trillion over a decade.

Democrats have long mocked dynamic scoring as a Republican ruse for claiming savings that may never materialize to hide the true cost of their tax-cutting agenda. Among its most virulent critics has been Senate Budget Committee Chairman Bernie Sanders, I-Vt., who in 2015 called it “voodoo economics.” Sanders’ office declined comment for this story.

Yet Democrats argue that if tax cuts can spawn economic growth, so can fortifying productive programs such as education and transportation. That’s legitimate if you don’t put “so much spin on the ball that you’re basically closing a budget gap with magical thinking,” said Sen. Brian Schatz, D-Hawaii.

Citing past GOP support for dynamic scoring, Sen. Roy Blunt, R-Mo., said, “Maybe on this topic I would just say, ‘Welcome to the team.’”

The CBO has proed some dynamic scoring estimates but cautioned that the projections are uncertain.

Both bills’ negotiators are ready to claim savings by assuming Biden will repeal Trump administration regulations on drug rebates. The CBO projected those rules would cost the government $177 billion over a decade, so blocking them would reduce expected spending.

But Trump’s rule has never been implemented. With Washington running record-setting budget deficits annually, claiming savings by repealing the rule and using that money to finance spending bills would be like a deeply indebted family canceling a $50,000 vacation and using those “savings” to buy something else.

Senate Democrats say some proposed tax credits and spending in their $3.5 trillion bill may last less than the measure’s full 10 years. That would constrain the legislation’s price tag.

Both parties have a history of putting early expiration dates on programs that, like some of these, are so popular that a future Congress will likely renew them. Republicans did that with much of President George W. Bush’s 2001 tax cut, which was mostly extended.

The Committee for a Responsible Federal Budget says the full 10-year cost of the policies in Democrats’ $3.5 trillion plan is $5 trillion.

Other questionable proposals include selling oil from the government’s Strategic Petroleum Reserve, which inevitably gets refilled, sometimes at higher cost, and taking credit for proceeds from the federal auction of 5G spectrum airwaves, which is happening anyway.